How to Make Your First Million by Age 40 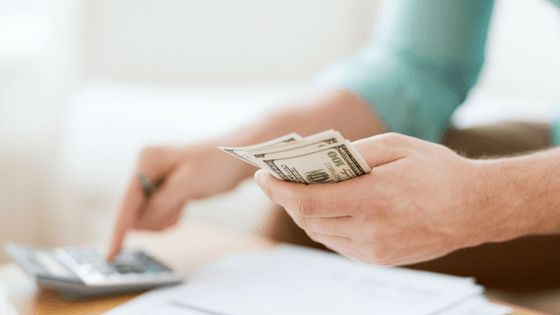 Being in your 20s or 30s doesn’t mean financial success is decades away. In fact, earning big money is often even more possible when in your “growing up” years because most people are a lot more willing (and able) to take risks before they get bogged down with the “realities” of life.

While the old adage of “a penny saved is a penny earned” is applicable when you are talking about slowly growing a nest egg, incremental saving is usually an impractical route to being a millionaire.

Many self-made millionaires in their 30s maintain that working smart and working hard can bring you from just making ends meet to a 7-figure income in as little as a decade. Focusing on these steps at any age can set you on the path to riches quickly.

Think big. Working a typical 9 to 5 schedule likely won’t make you a millionaire. Find ways to boost your income. Get creative and consider ways to make money on the side, start to create passive income streams, and start a business.

Many self-made millionaires have several streams of earned income, “passive” income, and investment income. Multiple income streams can get you on the fast track to 7-figure status.

Saving is important, but it won’t launch you into millionaire status by your 40s. Elon Musk, famed tech billionaire, invested all his proceeds from his sale of Zip2 (which was the basis for PayPal). Instead of spending the money or putting it in savings, Musk, then just in his late-20s, invested every penny back into his next business ventures and even had to borrow money to pay his rent.

Musk’s strategy of investing rather than spending is tried and tested. Grant Cardone, another self-made millionaire, recalls he was still driving a Toyota Camry when he made his first million because he was putting everything he made back into his businesses.

Networking with like minds is a powerful catalyst for success. Creative, intelligent, and motivated individuals like you will best serve and inspire your interests. And, even more important than networking, get coaching, guidance, and support from mentors and coaches who have been where you want to go. Otherwise, your subconscious limited thinking could get the best of you and keep you from achieving your dreams OR keep you from seeing the mindset pitfalls that could be holding you back.

Build Your Self Worth Before You Build Your Net Worth

Ultimately, making a lot of money won’t make you into the person you truly want to be. Money simply amplifies who you are, so if you aren’t already who you want to be, focus on that first. Otherwise, it’s easy to get lost focusing only on money, and forgetting that money comes and goes. But who you are and how you be in the world is what’s truly most important.

Once you begin earning a lot of money, it’s easy to become obsessed with keeping it and afraid of losing it, especially if you haven’t been raised by parents with great financial habits.

This is why we believe that every family should have the benefit of a trusted family attorney on their family wealth advisory team. And, ideally, that relationship builds before you are earning big income so that you can build the relationship over time and create trust. Then we can guide you as you face each critical juncture and life stage along the way.

Whether you intend to make millions, or you have more modest financial goals, your family wealth includes so much more than just your money. It also makes up your intellectual, spiritual, and human capital. It’s our job to help you understand the full picture of your family wealth and allocate it properly throughout your lifetime and beyond.

This article is a service of Anthony S. Park PLLC.  We don’t just draft documents, we ensure you make informed and empowered decisions about life and death, for yourself and the people you love.  That’s why we offer a family wealth planning session, during which you will get more financially organized than you’ve ever been before, and make all the best choices for the people you love.

Writing Your Life Story: Why

Signing Up for Medicare: The Facts For You or Your Parents Nearing Age 65
Scroll to top