How to Choose a Guardian for Your Minor Children 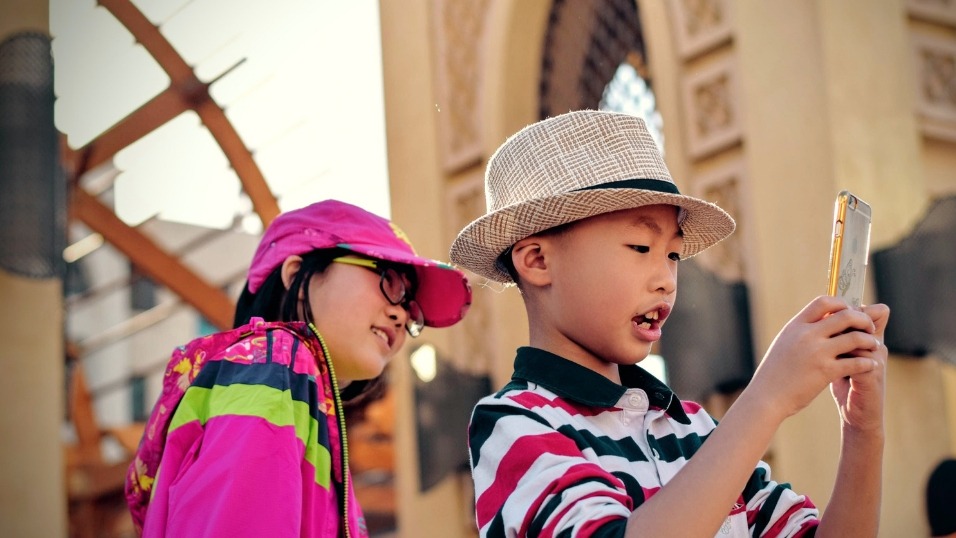 Anthony:            You usually name a guardian in your will or other estate planning documents. We’re talking today about how to choose the right people. Does that sound like a fun conversation?

Janice:             It actually sounds like a really necessary conversation, and it’ll make more sense when we talk about it, but it’s really, really important.

Anthony:            Sure. So when a parent passes away, but you leave behind a child under the age of 18 without a living natural guardian, and a natural guardian is their biological parents, then what the courts need to do is figure out who will be the guardian of those children, and what that means is who will have legal authority and responsibility for the physical health and educational wellbeing of that child? This is, in New York, at least, this is separate from a guardian of the property, which has to do with money issues. So this is totally about custody, who has rights to make decisions about healthcare, which schools, that kind of thing. Who’s going to raise your kid? Is that clear?

Anthony:            And I think most of us parents would agree that’s probably more important than the money, yeah?

1. Where Does the Potential Guardian Live?

Janice:             So many clients, she says, naively think that when they pass, the person they choose will pack up their bags and move right into the children’s home and take over as the parent. Well, it sounds great if it worked that way, but it doesn’t. The reality is most likely the children, child, would go to the guardian’s to live. If they don’t have room, most likely they would probably buy a house close to where they live, but the guardian themselves may not be uprooted. So are you okay with where the guardian lives? Because your children are now going to be raised there.

Janice:             Even one town. If we moved here, where you live, where I live, over one town, you’re talking a new school district, new friends, new everything, so it’s important to look at that, even if it is just up the road. It could be a pretty big change.

2. What Are the Potential Guardian’s Religious, Political and Moral Beliefs?

Janice:             Now, without getting into all of that stuff, the politics and such, you know you’re not going to agree with everyone 100%. Totally fine. But you want to find somebody who you at least agree with maybe 80% or 70%. Probably not 20 or 30% because it’s someone that’s going to continue raising your child. Granted, when they turn 18, they will form their own beliefs. Probably way before them, but they’ll be allowed to exercise them at 18, but you want to have someone that’s going to guide them in the same direction if that’s how you feel.

Anthony:            I mean, I think you covered that beautifully. I think it’s impossible to find your mirror doppelganger of every belief you have, even down to screen time versus should he learn cursive, versus sports. It’ll always be a little bit-

Anthony:            But to try to get the big things right. If you’re a faith-based family and you want your child to be raised as such, that’s probably important.

Janice:             Exactly. I think you and I have the same opinions on that, “Oh, okay. Whatever.” But if it’s really, really important to you, whether your political or you go to church, you really should think about that. If it’s that important to you and you want your children to be raised that way, find someone on the same percentage wise that we talked about.

Anthony:            There are some things that might fall into moral beliefs that are also lifestyle type things, like if you’re trying to raise your kids vegan or one of those things, and your brother is a carnivore. I don’t think that’s moral or religious, but it could kind of feel like it’s in that spectrum, right?

3. What Do You Know About the Potential Guardian’s Parenting Skills?

Janice:             So do they have children? Do they not have children? But what’s their style? Like you said with the screen time. I don’t know about your house, but we’re right into the thick of the screen time world, and I like to regulate it, even though I know what happens when I’m not paying attention. But the other parent, do they feel the same way? On the flip side of that, if they don’t let them use it at all or if that will be the way they’re raised is in front of a TV. If that’s important to you, you may want to look at that.

Anthony:            We could go on for probably hours about issues that are important to parents. From diet to exercise, education, so I don’t want to go down that rabbit hole, but just yes, try to think about what are the points that are super important to you, and just don’t assume that everyone thinks the same way. That could be a dangerous thing.

Janice:             Absolutely. And you don’t have to spend a lot of time on it. Just really think about what are the key things that are really, really important. Like you said, there is so much stuff that goes into raising a child. You could write hundreds of books on that and still not have the answers.

4. How Old Is the Potential Guardian?

Janice:             This can work both ways. Whether you have someone that’s older, getting into a new part of life, or could possibly pass away sooner than you would like, or too young that they’re just getting into their adulthood and they will have other things to worry about.

Anthony:            I think that pretty much covers it. You don’t want somebody who’s not physically able because of their age to keep up with your kids, and you don’t want somebody who is in their partying stage or too immature to deal with this. Another thing you want to think about is, this is getting maybe a little bit more specific, but if you choose somebody who is about to start their own family, that might impact your decision because if you choose guardians who have their own newborns, there’s a couple of reasons why that might not make sense to take on your kid as well, or it might make sense, but just something to think about.

5. What Is the Potential Guardian’s Family Situation?

Janice:             Married with other children? Divorced with children? Single? There are so many different other things to look at that you want to say, “Where are my children going to fit in to their picture? How will it work?” In any of those situations, they could definitely work in any of the situations, but how will it fit for them? For the children and for the guardian in those particular situations?

Anthony:            There’s just so many presentations of this, we don’t need to go over all of them, but in the Asian, or immigrant community, there are a lot of situations where households are sandwiched, meaning they’re taking care of both their parents and their kids, and then if you insert your kids as guardians, they’re kind of like third class citizens because the head of household has to care about their own kids, care about their parents, and then, oh yeah, my niece and nephew, or my friend’s kids, or whatever, right?

6. What Is the Potential Guardian’s Financial Situation?

Janice:             So hopefully, we’re not talking about the finances part that you would hopefully have set up, but you do have to factor in that they’re now taking on children, and it’s expensive. I don’t know about you, but I think they’re very expensive. And they have to factor that in. Are they good at managing money? Do they have a stable job? Not necessarily do they have a lot of money, but can they handle it?

Janice:             Correct. It’s up to you to make sure they can handle it when receiving the children and the money, but you’d better have a good plan.

Anthony:            And if everything else is perfect … not perfect, but good enough. You’ve found your right guardians, but you’re just a little worried about their financial savvy, then just choose somebody else to manage the money. You can divide the responsibilities.

Anthony:            But your super soft and caring sister to be the guardian of your kids, right?

Janice:             And we talk about this all the time, but with anything, with all of these estate planning factors, you should always have a professional help you set this up because right there, they would have said, “Now, listen. If Suzie Q is really great with the kids, but Mr. Smith is really great with the money.” They would have had this set up. Am I right about that? Just definitely a professional would have you set up correctly.

Anthony:            It’s what we do. We don’t just sit around producing documents and forms. We help you think through these things.

7. Have You Asked the Potential Guardian If They’re Willing to Serve?

Janice:             Well, I mean, yeah, that’s a whole nother can of worms, but what would you do? It would be okay. So it’s very simple. And I think you talk to the person. Just talk to them. And maybe this goes back to number one, and two, and three. Talk to them about how you’re raising them and see if they’re on the same page. I think open communication for this specific one is so important.

Anthony:            There’s so many reasons why … Yes, you’re absolutely right, you need to ask. For example, there could be an allergy type situation or special needs that they just can’t take on because of their own kids or vice versa. Just ask.

Janice:             Talk to them. And it doesn’t have to be anything long and drawn out, just sit down, have a cup of coffee, you talk about it, everybody’s good. It’s going to be much better than, “Hey, by the way. Guess what? You now have two extra children in addition to your four.”

Janice:             Right. At least then you know and you have it in the back of your mind. The author’s number eight sums it all up with what’s the bottom line in deciding who to choose as a guardian? And she states, you know what, take all seven of these we just talked about, figure out what’s priority for you, put them in order, and then narrow it down from there. It’s so specific to you, and your family, and your children, and decide that way.

Anthony:            That’s a cool method. A method I’ve heard also is where, this is usually done with couples, married couples, mom and dad, they each write down five names in a hat, and then they switch hats, and basically they veto each other’s choices, like, “Oh, no way. You put him in there?”