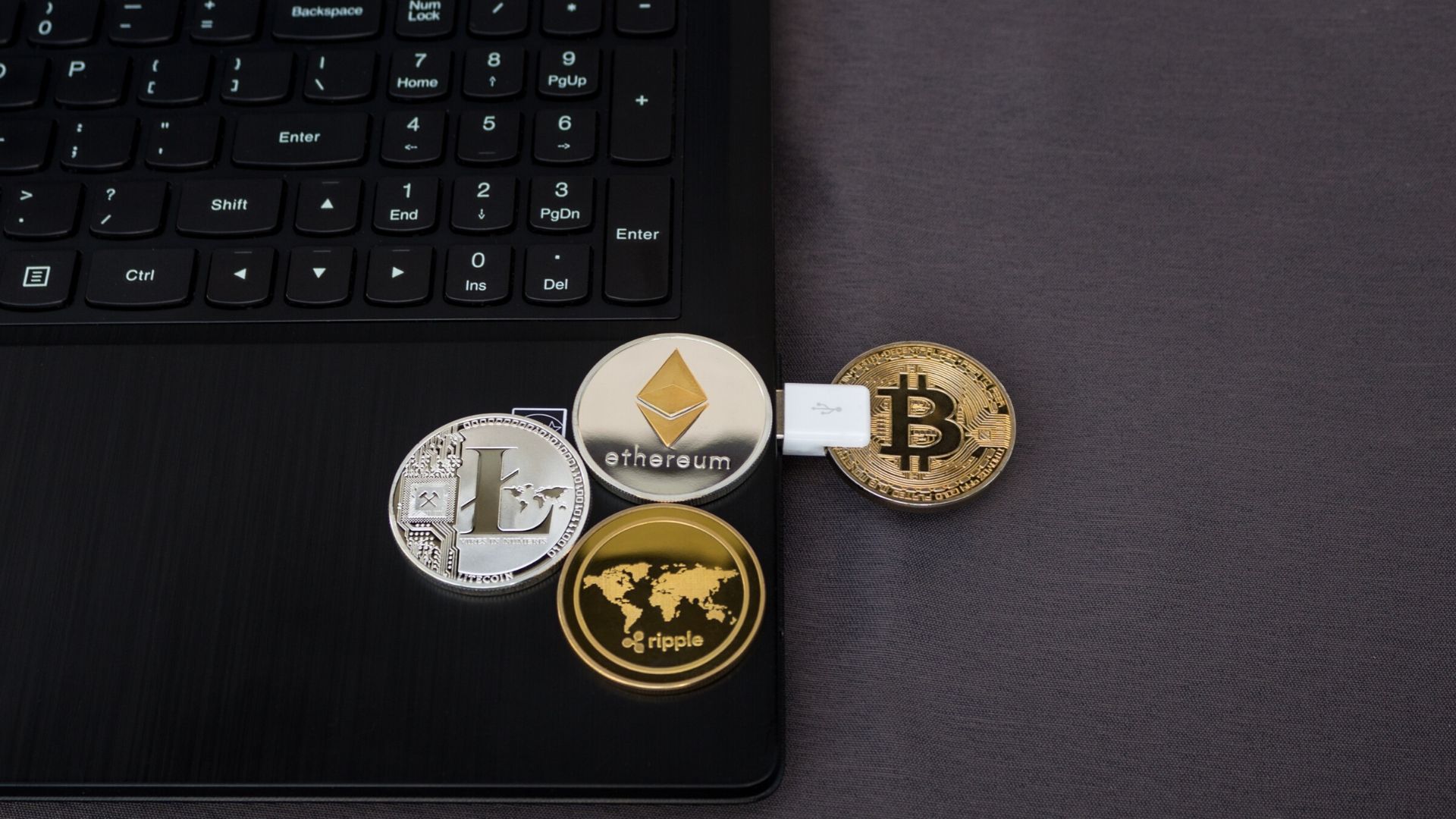 Cryptocurrency has an estate planning problem. And it’s one of the barriers to wider cryptocurrency acceptance. Nobody wants to accumulate an asset that may disappear, often upon death. Consider:

The cryptocurrency community must speed up development of inheritance solutions. For both casual investors and crypto purists.

There’s 2 main ways to own crypto: on a cryptocurrency exchange, or in your own wallet with private keys.

Casual Bitcoin investors flock to large exchanges, such as Binance and Coinbase. Because the user experience is much closer to mainstream banking or stock investing.

Hardcore crypto enthusiasts prefer to hold in their own wallets and private key. Many scoff at the larger exchanges because the exchange (not you) holds the private keys to your crypto. And they make for large and attractive targets for hackers.

Now I’ll describe your estate planning options for each, compared to traditional assets. 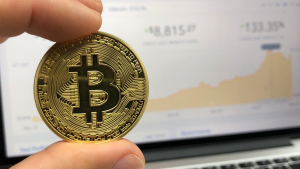 I’ll give a quick explanation of each, followed by the crypto exchange solution.

The major cryptocurrency exchanges, such as Coinbase, Binance, and Kraken, don’t currently support any sort of beneficiary designation.

But this seems relatively easy to implement (unless I’m missing something), so this will hopefully be available soon.

Another way to skip probate court is to place your accounts into a trust, which avoids probate. For example, you’d change your bank account ownership from “John Doe” to “John Doe Revocable Trust.” After John Doe’s death, the trust continues to own the account, but new “instructions” kick in, such as distribute equally to John’s kids.

Coinbase, Bianance, nor Kraken only allow individual account owners. No trusts, or even LLCs. These exchanges have pretty intense KYC (know your client) requirements, so it’s hard to imagine trust or LLC accounts in the near future.

The good news is the process is the same for collecting from a cryptocurrency exchange. The bad news is that most people shudder at the idea of “probate” and want to avoid it like the plague.

So cryptocurrency exchanges have only one estate planning option, and it’s the by far the least desirable. But at least there’s only a (relatively) small risk of catastrophic loss, as we’ll talk about next. 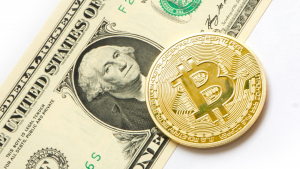 Cryptocurrency is sometimes called digital cash. And if you hold your crypto in your own wallet and private keys, instead of on an exchange, cash may be the best comparison for estate planning purposes. You’ll see it’s sometimes a tortured analogy, but it’ll have to do for now.

You would never leave piles of cash simply lying out in the open, Why not? Because any passerby would simply take it, and there would be no proof that it was ever yours.

So you have to store it somewhere, such as a bank safe deposit box, bury it in your backyard, or hide it in your house (you might be surprised at how much cash I’ve found, as executor, hidden in decedents’ homes). I’m sure you can imagine all the possible problems that come next.

What if you never tell anyone where you hid your stash of cash. Your heirs may sell the house, without realizing the treasure buried in the backyard or hidden in the couch cushions.

Now imagine you can own millions of dollars on something as small as a USB stick, or even a scrap of paper. That’s how easy it can be to lose hidden cryptocurrency private keys.

As executor, I’ve seen all sorts of personal items overlooked or accidentally thrown away during probate: from jewelry, to baseball cards, to even large items such as art, antiques, and  furniture. Probate is a hectic, grieving time, so this happens WAY more frequently than you might imagine.

If you lock your cash in a safe and the heirs can’t find the keys, you still have options. Maybe a locksmith, an Ocean’s Eleven-style safecracker, or worst case an Acme dynamite kit, a la Wile E. Coyote.

But if it’s your private keys locked behind an uncrackable encrypted and password protected hardware wallet, your heirs will get tantalizing close, but never have access, to your millions in Bitcoin.

Private keys have one more risk: they must not be exposed or revealed. You can show someone your pile of cash, so long as after show-and-tell you lock them safely away. But a bad actor can steal your cryptocurrency by just seeing your private key: they don’t have to physically take the key from you. Some examples:

Write it In your Will. It’s a terrible idea to write your private key in your will. Anyone who has seen it can access your cryptocurrency. While you’re alive, this includes your lawyer, his staff, and any attacker who breaches the lawyer’s (probably unsecure) system. And after death, your will is a public document that passes through the hands of many court clerks, before becoming a public record!

Store in your safe deposit box. Upon death, the contents of safe deposit boxes are witnessed by several people, and the inventory of the box’s contents is part of the public probate record.

Give it to your attorney or trusted family member for safekeeping. Not ideal because you probably don’t know anyone who will appreciate how to protect your private keys. They may lose your keys, or worse, accidentally reveal them. 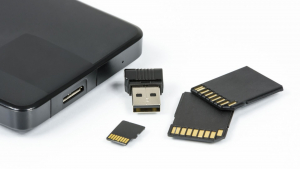 Yes, hardcore private key-holders have a much bigger challenge. Luckily, there are ok options, which should improve with time.

Make sure they know!

What’s the #1 way to help your heirs not accidentally throw away that million dollar USB drive holding your cryptocurrency keys? They need to be looking for it!

Too often, heirs have tossed out previous thumb drives along with old Call of Duty CDs for simple reason: they didn’t know they should be looking for it.

So what are some of the best ways to alert your heirs?

So how can you safely share access to your hoard with your heirs, but minimize the risk that they’ll lose or or accidentally reveal your private keys? How about dividing it up?

Let’s say John’s hilariously simple private key is “123456789.” If he just tells his wife or kids the sequence, they might forget, lose it, or accidentally reveal it to a bad actor.

So instead, John only gives his wife “123,” his son “456,” and his daughter “789.” Now, a thief would have to get keys from all three, which significantly reduces the risk. But there’s still the risk that the wife or kids forgets or loses their part of the keys.

Looks like this approach (or some variant) could work, but sounds complicated to implement, right? 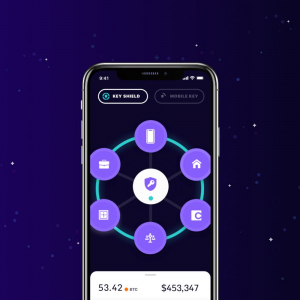 The good folks at Casa recently launched their solution to the private keys problem: Casa Covenant. They call it a “3-of-6” multisig solution. “Multi-what,” you ask? Here’s the dumbed-down explanation:

So, for example, 3 of your signatures could belong to your estate attorney, your executor, and Casa (the company). Upon your death, those 3 of 6 could authorize access to your crypto. But during your life, keyholders such as Casa and your attorney would not grant unauthorized larcenous access, since they are public and liable entities.

I’m intrigued by this approach, since it indeed solves many of the issues already discussed: avoids probate court, mitigates risk of catastrophic loss, and minimizes risk of poor key custodians.

This is an admirable first stab at solving the cryptocurrency estate planning puzzle. But as with most first attempts, it still has some work to do.

As an experienced executor and estate attorney, I immediately see some drawbacks with Casa Covenant.

First, any time you avoid probate, you’re replacing the established court process with another, which may have disadvantages.

For example: if you signed a will when you weren’t fully mentally competent, there are established rules and procedure to fight that out in probate court. If that happens with a trust, your heirs won’t have as developed a legal framework to help them.

Similarly, if there’s a dispute whether John was in his right mind when he set up his Casa Covenant multisig, it’s pretty unclear what your rightful heirs can do about it. Advantage: bad actors, like that pushy home health aid or that stripper you “fell in love” with (both real cases).

Second, multisig places the keyholders in a quasi-custodian role, which comes with risks and responsibilities. A couple of examples:

These situations are not mere “edge cases,” but happen pretty frequently. Keyholders may not want to bear all this risk and responsibility. At the very least, keyholders need to know what they’re getting themselves into.

Lastly, Casa Covenant is currently pretty expensive: available only to Diamond plan members, currently  $420 per month. But that price is likely to drop as the technology improves.

While Casa Covenant sounds promising (and is actually available and supported), the undeveloped concept of a “dead man’s switch” sounds promising. Here’s how it would work:

If John’s cryptocurrency wallet remains idle for, say, 6 months, then he’ll receive notifications to login or conduct some other activity to prove he’s still alive.

After 2 or 3 attempts, if John still hasn’t done anything to show he’s alive, then the system assumes he’s dead and releases his cryptocurrency to his pre-determined heirs or beneficiaries.

The beauty of this approach is its simplicity: it’s essentially just naming a beneficiary to your cryptocurrency.

Uneasy about that periodic activity requirement? Well, we already have that with all our other assets: it’s called abandoned property laws. In a nutshell, if your bank or brokerage account can’t get in touch with you, state laws require them to turn over your money to the state’s unclaimed funds department. A dead man’s switch solution would just replace the state with your named beneficiary.

I have no idea what are the tech hurdles to such a solution. If anyone is interested in developing this, please feel free to contact me to discuss the legal side. I’d love to help.

Thankfully, there are a few solid estate planning options for either casual investors and the hardcore crypto community. But if the mission is the increase usage, exchanges and developers need to continue improvements, and prove crypto can be a legacy.

I enjoy the challenge of unscrambling a messy estate, and simplifying it to inheritance checks. Must be the puzzle-lover in me.

Besides lawyering, I’ve owned businesses ranging from an H&R Block franchise to a biodiesel refinery in Africa.

Lately, I’ve been focused on my podcast and YouTube channel, and publishing best-selling Amazon books:

I grew up and live on the Upper West Side with my wife and 2 kids. I ride Citibike everywhere, and play pickup soccer every weekend.

Quoted or featured in

Or call to schedule your free consultation

E154 How to Avoid Rip Offs During Probate

E155 Why Does Probate Take So Long? Tax Clearance
Scroll to top