When one of the heirs won’t leave the family home, what can you do? It’s a pretty common situation. For example, mom passes away leaving three adult children. One adult son was living with her when she passed away, and he doesn’t want to leave. 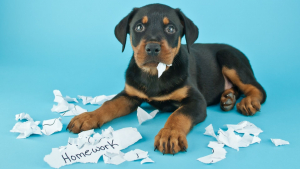 The top reason is pretty straightforward: it’s like having free or reduced rent. Sometimes there’s the feeling of entitlement. As in, “I was the one taking care of mom during her last years, so what’s the big deal if I stay in the house?”

Then, there’s that litany of “dog ate my homework” type of excuses: I have an injury and can’t move right now; I don’t want to move my kids in the middle of the school year; I’m too busy to deal with a move, etc. We’re not saying these excuses are justifiable, we’re just saying that we’ve heard it all!

Can you evict an heir?

The short answer is yes, but it is an uphill battle. Evictions generally tough. You deal with notice requirements, assumptions that tenants have rights, extensions, etc. It could take many months to years to evict a tenant in a normal situation. Add to that, the complication that the heir is partial owner. In our example where mom passed away with three surviving children, that adult son is still an heir to one-third of the estate, even if he leaves the home. So, now it’s psychologically more than just evicting a tenant, it’s evicting a one-third owner.

In addition to a frustrating situation, evicting your sibling is probably pretty awkward! (“Happy Thanksgiving, sister; pass the turkey. And oh, yeah – here’s your eviction notice”). A situation like this can devastate families. A professional tip to avoid the awkwardness is to use someone else as the “bad guy,” such as a realtor or professional executor. If the home is a condo or part of a homeowner’s association, maybe make a call to the manager to discuss the eviction. If this works, it can save a lot of money in legal fees. The quicker the eviction is taken care of, the less money wasted. It’s expensive to let someone reside in a home for “free.”

How to buy out heirs 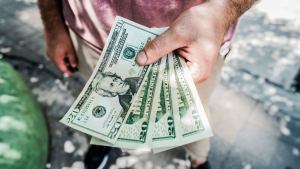 More often than you’d think, the resolution is to pay the heir to leave. It doesn’t feel great to pay someone who is supposed to leave anyway but take a look at the cost-benefit analysis. It might be cheaper than the headaches, legal fees, mortgage payments, etc. As much as you might not want to pay him, it’s probably the best solution. It could also make those Thanksgiving dinners less tense!

Paying an heir to leave doesn’t mean you have to start with the highest number. Maybe start by offering to pay for the moving costs. Then offer more, as needed, until he actually leaves.

This is where having a professional executor comes in handy – he or she can do the awkward work for you. If you are interested in learning more, check out my book on Amazon, “How to Hire an Executor.”

E244 Who Should Have the Original Will?
Scroll to top