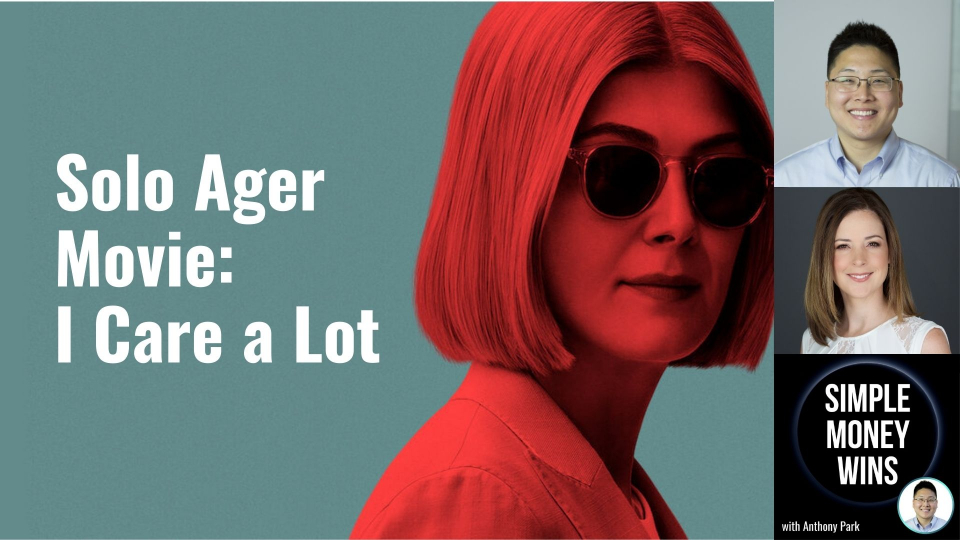 The Netflix movie, “I Care a Lot,” shows a nightmare scenario for Solo Agers. It is a dramatization of what could potentially happen to our Solo Ager friends.

Below we’ll separate 7 myths from reality in this movie. Spoiler alert! If you want to watch the movie first, then save this blog to read after you’ve seen the movie. We’ll be discussing mostly just the first 30 minutes of the movie (the set-up) but we will touch on parts later in the movie.

The sole job of the main character, Marla, is to act as a guardian for people who are incapacitated. Elderly Ms. Peterson is deemed to be incompetent, and Marla is appointed to take over her affairs. Marla represents what a bad guardian can look like. Ms. Peterson’s situation shows how brutal it can feel if you are a vulnerable Solo Ager.

1. “Pain in the rear” patients get nudged into system

In one scene, Marla talks to the doctor about how Ms. Peterson is a pain in the rear. Marla prefers for Ms. Peterson to get nudged into the system and out of her hands.

I would say that yes, this is real. It may not happen as maliciously or overtly as the movie, but doctors, nursing homes, social workers, and courts/guardians are human. We don’t like dealing with people who are a pain.

What happens when the doctor, social worker, etc., thinks a patient is a pain? They are more prone to medicate the problem or pass the patient onto the next facility or next guardian. 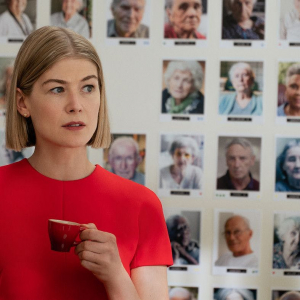 In the same scene, Marla is speaking with the doctor and assistant. They describe Ms. Peterson as a “cherry.” It’s clear from the context that a “cherry” is a wealthy Solo Ager who is vulnerable and has no family.

I’d say that this is real. Solo Agers aren’t necessarily targeted by bad guy movie characters, but by advertising, financial advisors, and prepaid funeral plans. There are a lot of eyes on wealthy Solo Agers. This kind of person is more likely targeted than someone with a family to help or less money to grab. 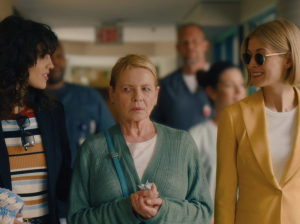 Is there a gamut through which the Solo Ager gets pushed?

There’s a scene where Marla is in court, and the judge knows her. Even though Marla is doing bad things, they are a bit chummy, and the judge seems to trust her. Marla also has ongoing relationships with the nursing home directors, who want to fill their rooms while Marla is looking for places to put her Solo Agers. There are also scenes showing kickbacks where money is exchanged, and Marla gets paid in stocks.

Yes, this is real too. Again, it’s not a dramatized as the movie, but it’s easy to imagine subtler versions. There is a system, and these professionals know each other. Once you’re a victim in the system, it’s hard to get out. You can get pushed from the court to the guardian to the nursing home to the social worker. Even Ms. Peterson’s dangerous and powerful son couldn’t get her out of the system. 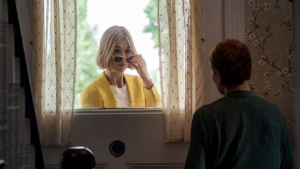 In an early scene, Ms. Peterson’s morning tea is interrupted by a knock on the door. Marla is at the door telling her that she is Ms. Peterson’s court-appointed guardian. She tells Ms. Peterson to come with her or she will have to deal with the sheriffs.

It is possible to get stuck with a stranger as a court-appointed guardian. We had a case where our client expressed that she wanted her attorney or family member to be her guardian and the court ignored it.

5. Hearing without the solo ager? 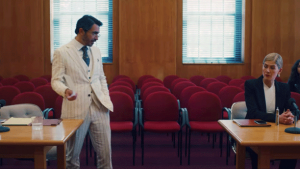 Can all of this happen without a Solo Ager being able to stop it?

There were courtroom scenes where Ms. Peterson was not present to speak up for herself. It seems that Ms. Peterson had no idea what was going on until Marla knocked on her door.

This is a myth, at least in New York. I’m sure it could happen in some states or in an emergent circumstance. However, in New York, judges have gone to GREAT lengths to have the Solo Ager at the hearing, especially now that platforms such as Zoom can be used. They have the right to be heard, to testify, to make their wishes known. I’ve even been in situations asking the judge to end the testimony sooner because our person is in pain, etc. But the judges are adamant that the hearing is important. 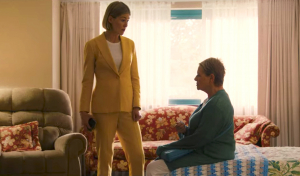 There is a scene where Marla takes away Ms. Peterson’s phone as she is ushered into the nursing facility. It was like Ms. Peterson was in a prison, because she was not allowed to have contact with the outside world.

This is a partial myth. In New York, nursing home patients are allowed to have their own phones. But if the phone breaks, runs out of battery, runs out of plan time, etc., is it SUPER hard to connect with a patient in a nursing home to replace or repair the phone. It’s not because the nursing home is trying to cut off communication; it’s just difficult to accomplish even small things when dealing with nursing homes. 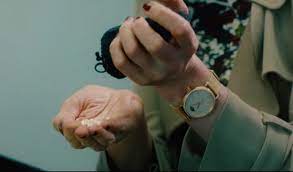 As Marla takes control of Ms. Peterson’s life, she goes to the bank to raid the safe deposit box.

This is a myth. In New York, when an executor/guardian opens a safe deposit box, there is a procedure set up. The box opening has to be performed in front of two bank witnesses and all people present must sign the inventory of contents to submit to the court. In real life, there’s no way anyone can walk into a bank and get into a safe deposit box without abiding by the procedures.

Overall, it was a good movie. For professionals in our line of work, the first 30 minutes of the movie are probably the most frustrating. If you’ve seen the movie, please let us know your thoughts. If you are a Solo Ager watching it, don’t get stressed out that this is how life will be.

To learn about estate planning tips for Solo Agers, please check out my book, “The Solo Ager Estate Plan,” available on Amazon.

E241 What is a Probate Reserve?