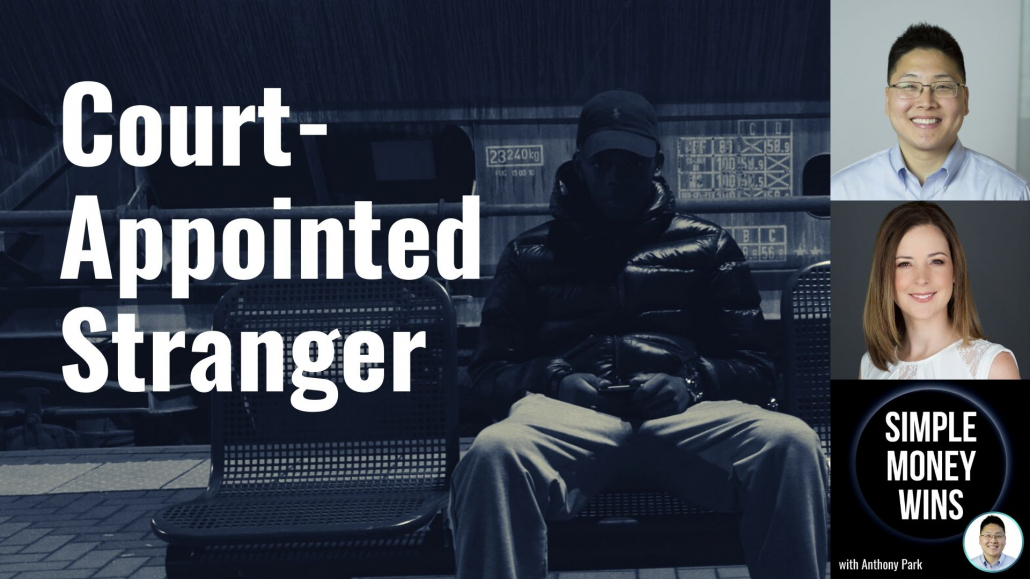 Most of us cringe at the idea of some stranger or bureaucrat having power over us. But that’s exactly what happens with Court-Appointed Strangers. Specifically Guardians: the strangers with power over our seniors

1. How do court-appointed guardians get power?

It usually starts when, somehow, a court or other authority gets involved. For example:

As a result, our senior is brought into the court system “for their own protection.”

And the unfortunate reality is that if you have any signs of wealth, you’re more likely to be singled out for attention.

Once you’re in the court system, the best case scenario is that you’ll have to pay your court-appointed stranger’s fees. And in the worst case, they’ll completely upend your life.

Here are 2 examples to give you a better idea of how it may play out.

An older gentleman from Boston was perfectly content living out his retirement years in his family home near Boston. Sadly, once a court-appointed guardian enters the picture, he’s eventually committed to a nursing home and his home sold out from under him.

In another example, an active businessman in Texas was simply trying to marry his girlfriend of 14 years. But when he tried to buy a house, his bank raises their alarms, and nudged him into the court system. Eventually, his court-appointed stranger took control of all his assets, earned over a lifetime of hard work.

From my own case files (anonymized to protect client privacy, of course), Elana was a pleasant lady in her 80s, with four adult daughters.

But someone had accused her daughters of wrongdoing, so a random attorney was appointed as Elana’s guardian.

The guardian got restraining order against four daughters, isolating Elana from her family.

And he even made a new will for Elana, donating all her money to a Catholic charity (Elana was not Catholic! But the Guardian was).

You may be thinking: it’s not a perfect system, but we need courts and guardians for checks and balances?

Yes! This is true, in theory.

However, in the real world, show me a case where the senior has no money, and I’ll show you a much faster outcome and guardian exit.

This isn’t to point the finger or lay blame. It’s just how human incentives work, for all of us.

4. How to avoid this type of court-appointed stranger

Have an estate plan, and a team:

If you have a regular primary care doctor, he can testify on your behalf regarding your capacity. And not some random doctor who doesn’t know you.

And even if the court rules that you need a guardian, your estate plan will kick-in, not the court’s default rules.

It’ll be your chosen trustee, perhaps a professional executor, who’s in control for you. And not some strange lawyer you’ve never met.

Some other court-appointed strangers include temporary guardians (called Guardians Ad Litem, here in New York), and the Public Administrator (sort of the public defender for estates).

But you can avoid any of these strangers injecting themselves in your life by avoiding the courts altogether with a trust-based estate plan.