19 Celebrity Wills That Made History With Their Demands 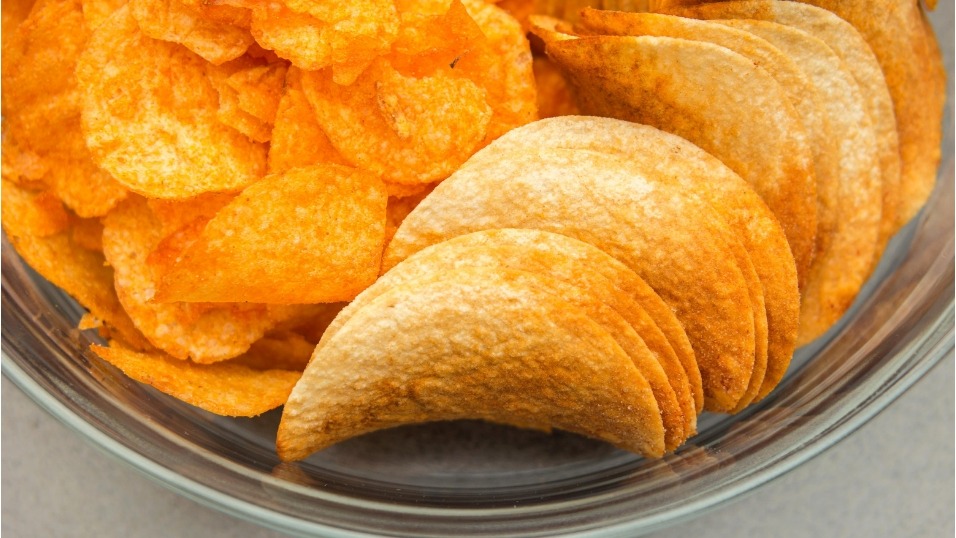 Janice:             He left his second best bed to his wife. My question, why not the first one? But his bed, I found that very interesting that he would think of that in his will.

Janice:             Then we have Leona Helmsley, the hotel owner who earned the nickname “The Queen of Mean.” She left 12 million dollars to her dog who was named Trouble, and she only left 10 million to her brother, and five million to her grandson.

Anthony:            I have something to add to that. I don’t know how the law was back then, but in New York at least, pet trusts can only last, I think … Is it 20 years, at the most? So basically, unless they found a way to spend 12 million dollars on a dog over that relatively short amount of time, the leftover money went to a human at some point.

Janice:             That’s great news. I’m sure the grandson felt really fabulous that the dog got seven million more originally. I don’t know about you, I know my dog is expensive but not 12 million dollars expensive.

Janice:             He said that at his funeral he forbids mourners from attending if they wore anything he considered “revoltingly absurd,” including black bows; cloaks; or the most hideous articles of clothing of all, scarves. There you have it.

Janice:             There’s got to be, yes. So you couldn’t go to his funeral if you were wearing a scarf. Now, was someone standing outside going, “You have a scarf, you have to leave. To the right, to the left,” kicking people out.

Anthony:            That brings up a good point. When people try to do these interesting or esoteric conditions in their wills, they’ve got to think about how will that be enforced, right?

Janice:             Yeah, do they have the scarf police standing outside making sure you’re dressed appropriately? That’s a tough one.

Anthony:            Harry Houdini, the mythical and legendary magician. He left his wife, Bess, a secret code that he claimed would allow her to contact him from beyond the grave. Ooh! And on top of that, he died on Halloween, so that makes it extra spooky. Every year, the wife, Bess, would have a séance to try to use the secret code to connect with him but apparently it didn’t work. Psyche!

Anthony:            The French leader who was, of course, known for his fighting spirit and sometimes his eccentric qualities. And in keeping with that, he wanted his head to be shaved once he passed away so his friends could share it evenly. I don’t get that. How would shaving his head make it easier to share amongst his friends?

Anthony:            Nerd alert, nerd test. Remaining on brand as the creator of Star Trek, even in death … Gene Roddenberry is the creator of Star Trek. He requested to be cremated and have his ashes sent into space. That’s really awesome, by the way. He passed away in 1991, and I guess the technology didn’t exist until 1997, when his wish was actually fulfilled. His ashes were sent into space on a satellite orbiting Earth. Good for him, he got his final wish.

Anthony:            I’m thinking of all these and NASA and congressional budgeters thinking, “Oh, we have limited amounts of things we can send into space,” and then this request comes up. But all of them are probably Star Trek geeks like, “No, we’ve got to do this one.”

Janice:             He passed away in 2014. He disliked the idea of his children becoming trust fund kids, so he left all of his money to his girlfriend in his will. And then even stranger, they say, is that he asked for his son to be raised in three different cities: Chicago, San Francisco, and New York. This one, to me, may not seem utterly strange. I just really hope he had a really good plan for all of this. It seems a little complicated.

Anthony:            Yeah. Right now, based on this article … I’m not personally familiar with the case. He gave the money to his girlfriend, with no sort of legal obligation for her to actually spend it on the son, Cooper. Because that’s what a trust is, where somebody else controls the money for the benefit of somebody else. So if there’s no trust … This is like a word pun. He’s trusting his girlfriend to actually do what she said. I don’t know if everyone’s willing to do that.

Janice:             He won three Olympic gold medals for … Actually, it doesn’t say gold, just three Olympic medals for rowing. His daughter was actress Grace Kelly, who later became the Princess of Monaco. But in his will, he said that he didn’t want to bankrupt the principality of … How do you say it, Monaco? … with the bills about her clothing. She must have had some very expensive tastes if he was going to continue to pay for the clothing, after he passed, so they didn’t bankrupt. [crosstalk 00:07:33]

Anthony:            I think it’s worth noting, it doesn’t say that he left money to help avoid that. It’s like he just took a shot at his daughter.

Janice:             That’s very true. She must have some very exquisite taste if that is what he was thinking when he was preparing for the end of life.

Anthony:            But it’s not like he said, “I leave 10 thousand dollars towards her clothing to avoid this situation.” He just says it like he’s just insulting her.

Janice:             That’s a lot of dogs. I could see having to care for them would probably cost quite a bit of money, as compared to the one earlier where they just had one.

Anthony:            Janice, didn’t I tell you about that case where he had a decedent who had his own habitat for cats? And we had to relocate … I think it was about 120 cats. And I’ll tell you what, we didn’t have 4.5 million dollars to work with.

Janice:             The Pringles founder, he asked for his body to be cremated and stored in a Pringles can. And then amazingly, his family did it. I don’t know about you, but I’ve heard of some very strange things. This one is definitely different.

Anthony:            You would think this would make you, the image of a Pringles can out there with somebody’s ashes, would ruin your appetite.

Anthony:            Yeah. Well, actually, this is a testament to how good Pringles are. It just made me want some Pringles.

Anthony:            He was a mogul, and he was uncomfortable with the rumors that he had illegitimate children. So in an attempt to get rid of that rumor, I guess, he said that anyone who could prove that they were his child would still only get one dollar. That’s actually a really good deterrent. I actually like that idea, from a lawyer’s perspective.

Anthony:            She left a request in her will for … god, a lot of pets … for her cat, Nicholas … It was asked for him to be serenaded by her old records in a special indoor tree house, sleeping alongside her old pillow and nightgown. I’m sorry, I’m not a pet guy, so this all seems absurd to me.

Janice:             We have pets, probably too many of them. I can tell you that none of them get that sort of treatment, and they are very well-kept.

Anthony:            Oh, wait. There’s one more part. Part of the will was that her cat, Nicholas, was supposed to marry another friend’s cat. How about that? Have you been to a cat wedding, anything like that?

Anthony:            I think this one is fake news, but I could be wrong. Tupac Shakur, his song Black Jesus … I’m not familiar with that one … seemed to serve as a will of sorts, and he expressed his desire in the song for his friends to smoke his ashes. That part I can kind of believe, I guess. It seems consistent with his lyrics.

Anthony:            And then sure enough, according to the article, his friends gathered his ashes into a joint and smoked it. I do not believe this, I’m sorry. I just don’t.

Janice:             I would love to see the Snopes fact check on this. Is it actually true, is there proof? What kind of friends would smoke you?

Janice:             When he passed, he only had 80 thousand dollars to his name in 2014. Now, when you think about what he’s done, that is a relatively small amount. But he left none of it to his wife and children, and they did not even contest it. My question … This doesn’t talk about it. Where did it go? Although it’s a very small amount, it had to have gone somewhere.

Janice:             So we’ve got Jeremy Bentham. He’s one of the founders of utilitarianism. He asked for his body to be preserved by stuffing it with hay and having it displayed at the University of London. What I find to be very strange is his doctor … I don’t know if it was his doctor. But Dr. Thomas Smith, the executor of his will, obliged by doing it himself.

Anthony:            Anyone who is listening online, you should go to our show notes and get the link to this article because there’s a picture of Mr. Bentham stuffed in hay at the museum. I think this is him.

Janice:             So we have George Bernard Shaw, one of the most celebrated playwrights of his generation. When he died, he left money for the funding of a new alphabet, which he wanted to have 40 letters and be phonetic.

Anthony:            I have a lot of friends who play Ultimate Frisbee, so they’ll go nuts over this. He not only invented the Frisbee, but he also invented the game Frisbee golf. He considered Frisbee not just a toy, but a religion. Good for you. And this is why he requested to have his ashes mixed into a special set of Frisbees. That wish was fulfilled. So there are some, I guess, ash Frisbees.

Janice:             Again, like the Pringles can, where are these Frisbees and who has them? Are you going to think about when you look at the Frisbee? “Wow, I wonder how this one’s constructed?”

Anthony:            He’s a beloved writer and editor over at Marvel. Again, I’m a comic guy and it doesn’t ring a bell. Anyway, he asked that his ashes be mixed into the printings of the trade paperback versions of his work. What is it with this mixing your ashes trend?

Anthony:            That would be many, many books because the amount of ashes from our human remains is way more than you could jam into one trade paperback.

Anthony:            The Founding Father used his will to ask his daughter, Sarah, to “not engage the expensive, vain, and useless pastime of wearing jewels.” And this had a lot to do with the fact that he left her a portrait frame with 408 jewels that he didn’t want her to remove. But guess what? She removed the jewels anyway.

How to Buy a House in Your 20s
Scroll to top